This is the first of several articles talking about the alternate leaders for each faction, and what they bring to the table tactically. We're starting off with Kassel, Firm Leader, written by guest author and Wayfarer in Chief: Atreju!

Kassel is the first Leader in the TDE with a B Silhouette and therefore also the most expensive one so far with 28 points (not including mounted options). But, in my opinion; he is worth every point of it.

With his Speed of 4/7 he is a bit slower with his Pass Speed than the usual Berengeii, but the Nailed It Speed is like the others and higher than average.

His Close Combat of 7 is higher than average and states him clearly as a Melee fighter.

The Attributes Agility, Marksmanship and Intelligence have the average value of 6.

With a Toughness of 5 he is in the same range as Makko. This old ape is tough as a doornail! He has Armour(0), but this number is pretty impressive. 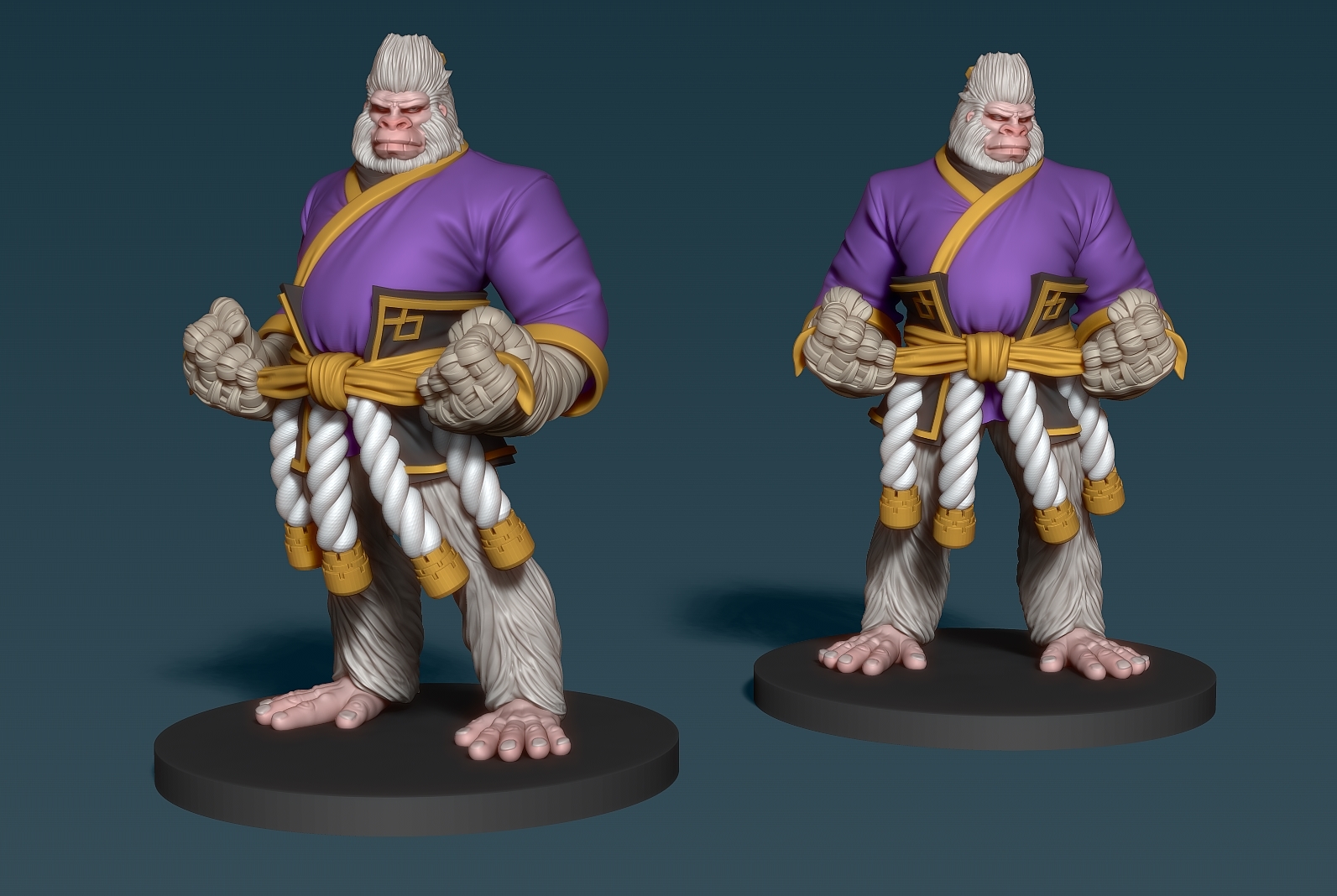 His abilities give all of these numbers and properties a special touch, though. As the other Berengeii, he has Mobility(Climb) and can re-roll the Attribute Die. Fitting to his background, he has Motivate, which can inflict a wound on the Target model of a failed Command Roll to treat the result as a Pass. This balances his Intelligence of 6 a bit, but is also dangerous as you are wounding your own models.

But the best about his attributes is the combination of Float Like a Butterfly and Sting Like a Bee. A free Dodge Movement after successfully hitting in Close combat and +1 Damage when Charging? This makes his fighting strategy pretty obvious: Charging (with CC 8 and Dmg 3/5), most surely hitting, then Dodging away, and charging again with the next activation! But make sure no other enemy model could react to this. Also, with Knockdown (-1CC and Agility for the enemy, also -1/-1 Speed) and Stun, he reduces the chances of the charged enemy to react properly or at all!

His leader abilities are Painted Target and It’s a Trap!

The first lets Friendly Firm Models ignore Cover and Smoke Modifiers when shooting on a Model with a Flame Token. This is a huge thing for Mirja and possibly points to further releases, where Fire Weapons might increase for the Firm.

The latter is extremely useful with Firm Models and the Ambush skills, as they can swap places with another Friendly Model. This helps to guard the more vulnerable Models as Venk or even Arabelle, because you do want to have another healer with Kassel’s Motivate Ability! This also comes in handy when playing certain scenarios like Grudge Match, Couriers or Assassinate to protect certain important models.

His teamplay depends on the chosen Leader Ability. With Painted Target, Mirja should be in your crew for obvious reasons. This also plays nicely with Makko: Mirja putting a Flame Token onto the target, Makko hitting with a Choke Grenade, Kassel shooting with Sneaky(1).

With It’s a Trap, you want to have Makko, Hosk and Lissz with you.

Otherwise, having basically 3 Toughs with you is quite amazing, but costly. The Firm is at the moment the only crew with this possibility. Pushing him up with Hosk and/or Makko with AP and send them on a Killing Spree can be a lot of fun!

To sum it up, Kassel shifts the focus towards Close Combat and makes for a formidable Melee fighter! His Leader abilities give some nice gameplay choices and depend on the scenario and your crew list.

Click on the image below to add Kassel to your collection! 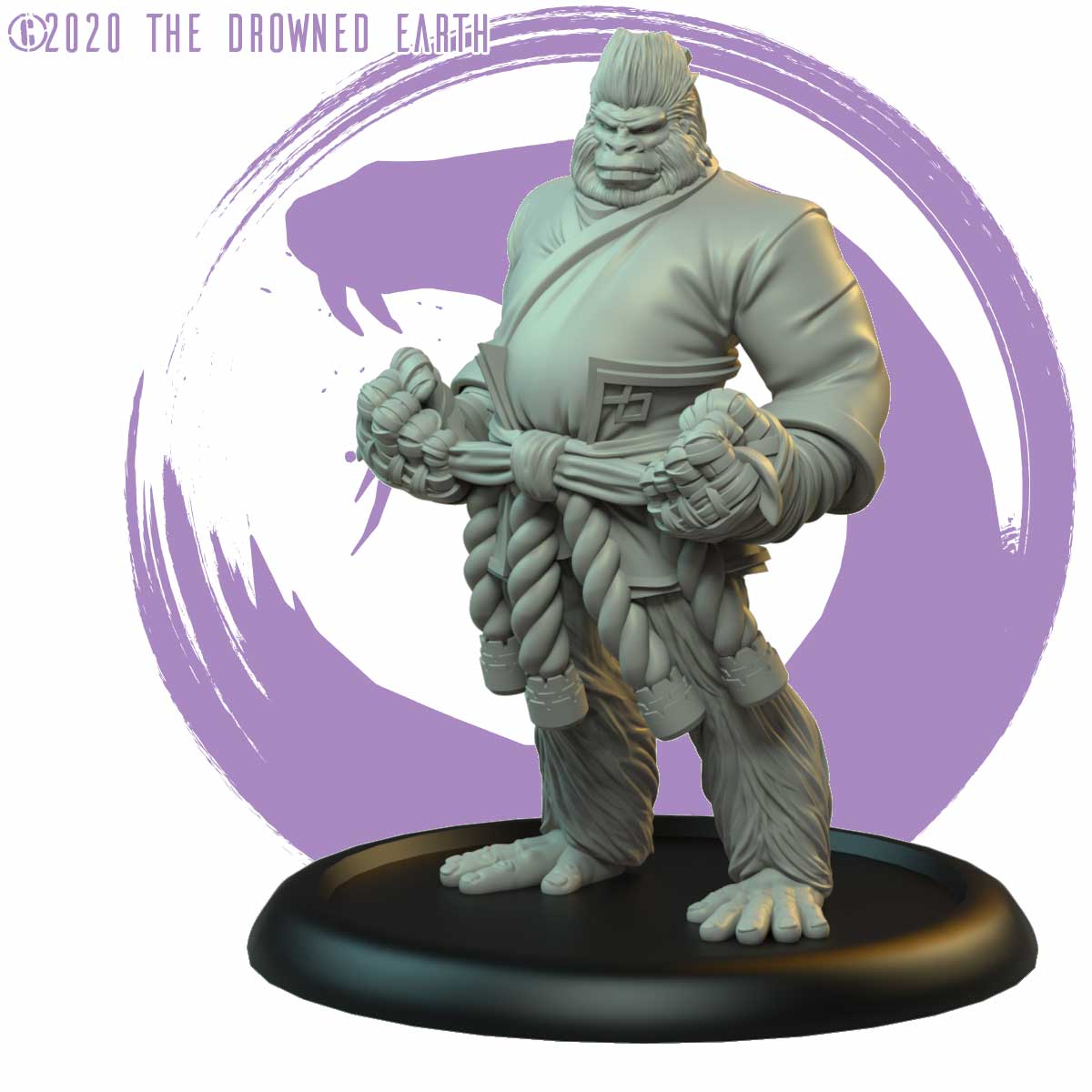