What's all this then?

An exciting announcement, that's what!

So, you may have heard of Ulaya Chronicles: Raptor Claw Island- My last Kickstarter, UC:RCA was a brand new way to play in The Drowned Earth: a cooperative adventure game using a simplified version of The Drowned Earth Miniatures Game core engine.

The addition of A.I. mechanics and a card driven "jungle crawler" narrative structure, RCA sent you on an adventure full of dangerous pirate plots, mysterious technological threats and, of course, deadly dinosaurs at every turn.

Over the course of a 10 part story you would navigate your way through an unfolding narrative, level up your characters and gain skills and equipment. The "Fail forward" campaign meant that your gameplay and decisions both determined the path through the story you would take.

Now, with varying difficulty and multiple paths through the story (16 scenarios were available in total- 14 in the book and 2 downloadable ones) there's a fair bit of replayability in the box. 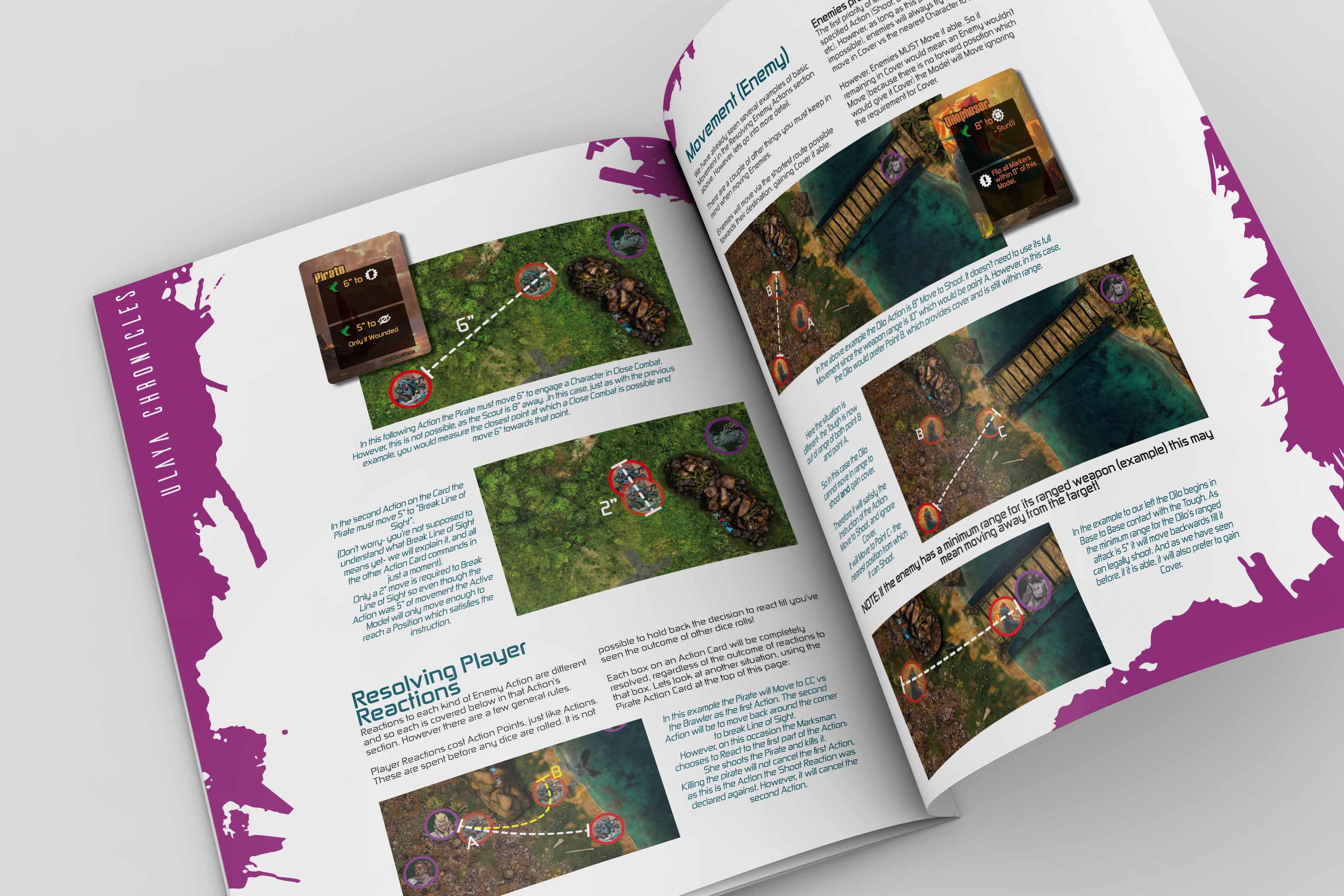 The key is in the title- Ulaya Chronicles! And so now we're going to launch a second Chronicle. The twist? It uses everything you already have in the Raptor Claw Island box to tell a totally different story: one where you play the pirates!

That's right! This time you get to be the dastardly pirates, on the chase for a stolen artefact.

There's more too. This is a mini-campaign, just 5 scenarios long. As it uses the components from Raptor Claw Island (including some cool stuff which was included in the box but didn't feature in the original story) this is a download-only campaign, so you'll get it just a few weeks after campaign end. It's already written, and we're just in the process of play testing it now. 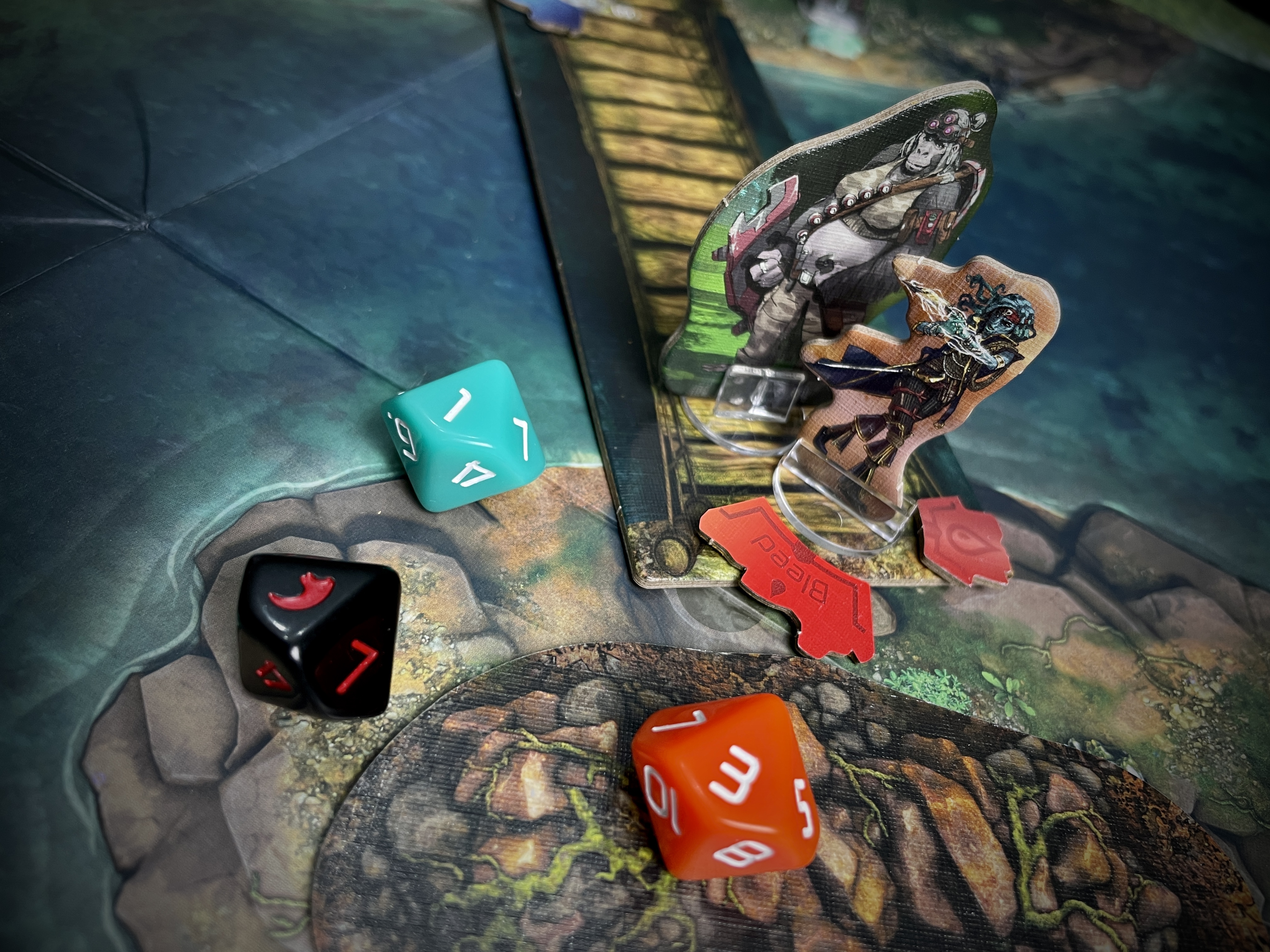 But I don't own Ulaya Chronicles: Raptor Claw Island

That's an easy problem to solve! You can buy it directly from our webstore HERE. During the campaign we'll also be offering a special discount and even a bundle for extra savings!

The box contains standees but you can replace them with models from our miniatures range if you want.

Deep in the jungle lies an ancient Waygate, waiting to be found. Where does it lead? Who built it?

I'm not going to tell you!

Suffice it to say that the story will take you on an adventure of discovery where you will navigate different locations in The Thousand Isles region of Ulaya to track down an ancient artefact and an intriguing secret.

Now the dust has settled on the original design, and fulfilment has happened (at last) it's given me time to go back to Ulaya Chronicles with a fresh pair of eyes and do some cool scenario design. Each scenario features a new idea or two for a totally different feel. I'm quite proud of how different all the different scenarios in the original game were, and that trend has continued.

The campaign is a PDF, and it features a "page driven" structure. The original game features cards but a very important design objective for Ancient Waygate is that it should be playable right away without any need for printing. 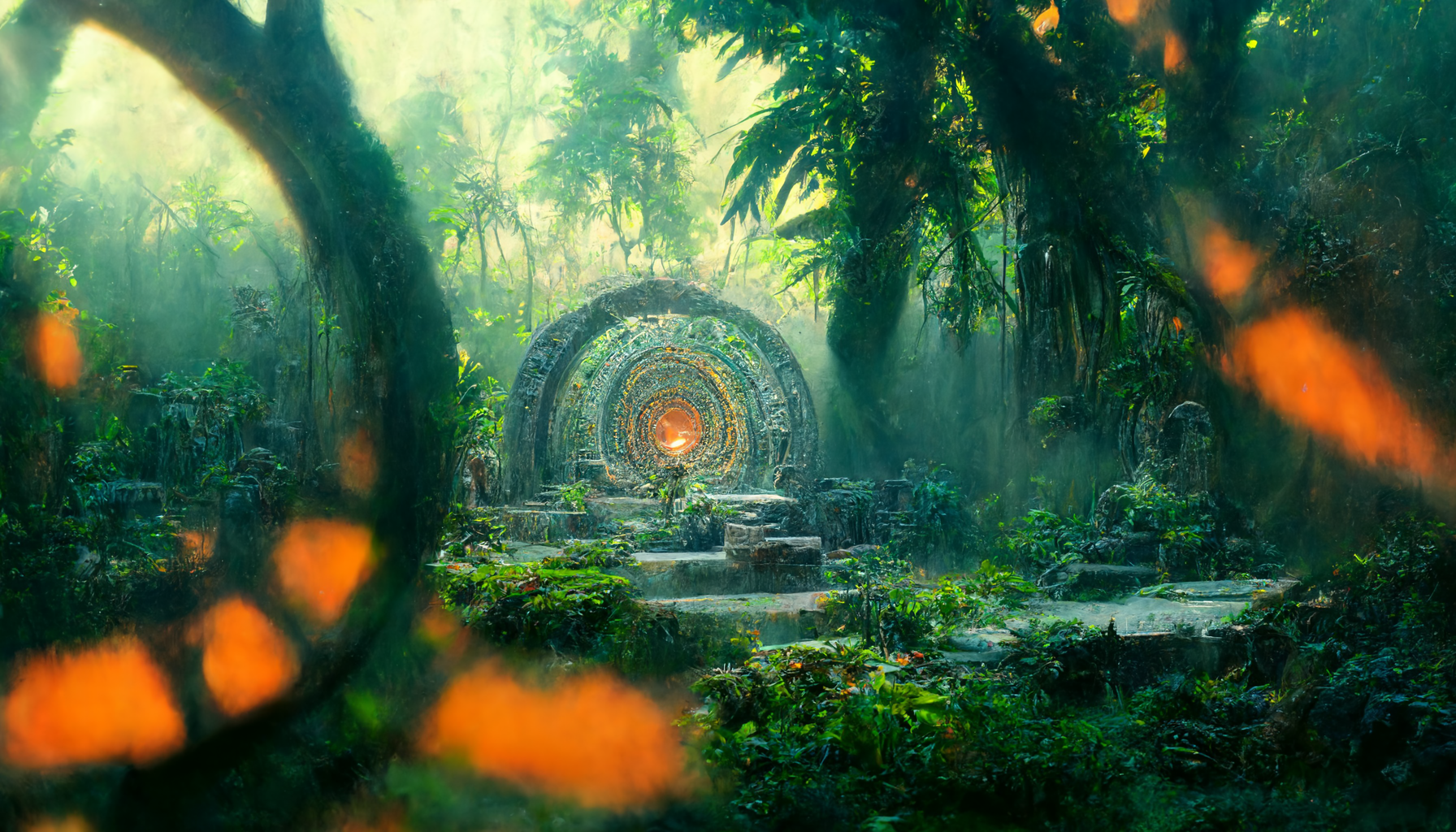 All that will be answered very soon, but for now head over to the PREVIEW PAGE (CLICK HERE) and hit the "notify me" button to get an email when the project goes live!