List building and Tactica has been a theme of late, and so after looking at the Wayfarers and the various ways they can improve your list building and tactical possibilities we now turn to the Dinosaur profiles to have a general look at what they’re for, and what they’re good at.

While play testing we have found that the game works best at 100 and 125 points. 100 points is the standard value of a Faction Starter- five characters. Dinosaurs or extra Wayfarers are the way to push your Faction Starter up to 125. There are a few general advantages and disadvantages to Dino models. Lets look at them in turn, before looking at the specific profiles.

Lets look at the negatives first. The most important thing to remember with Dino profiles, and one of the reasons you don’t want to take too many of them, is that they cannot use the Interact Action, which is how most Objectives are claimed in Objective based Scenarios like Treasure Hunt and Attack and Defend. While they add options in many ways, there are some things that only a Character can do. Grudge Match is another example. In the Grudge Match scenario both you and your opponent pick one of your own models as the “grudge holder” and one of your opponents as the “grudge holder”. But these models must be characters, not dinosaurs! The less characters you have, the greater the chance your opponent will take out your Grudge Holder. 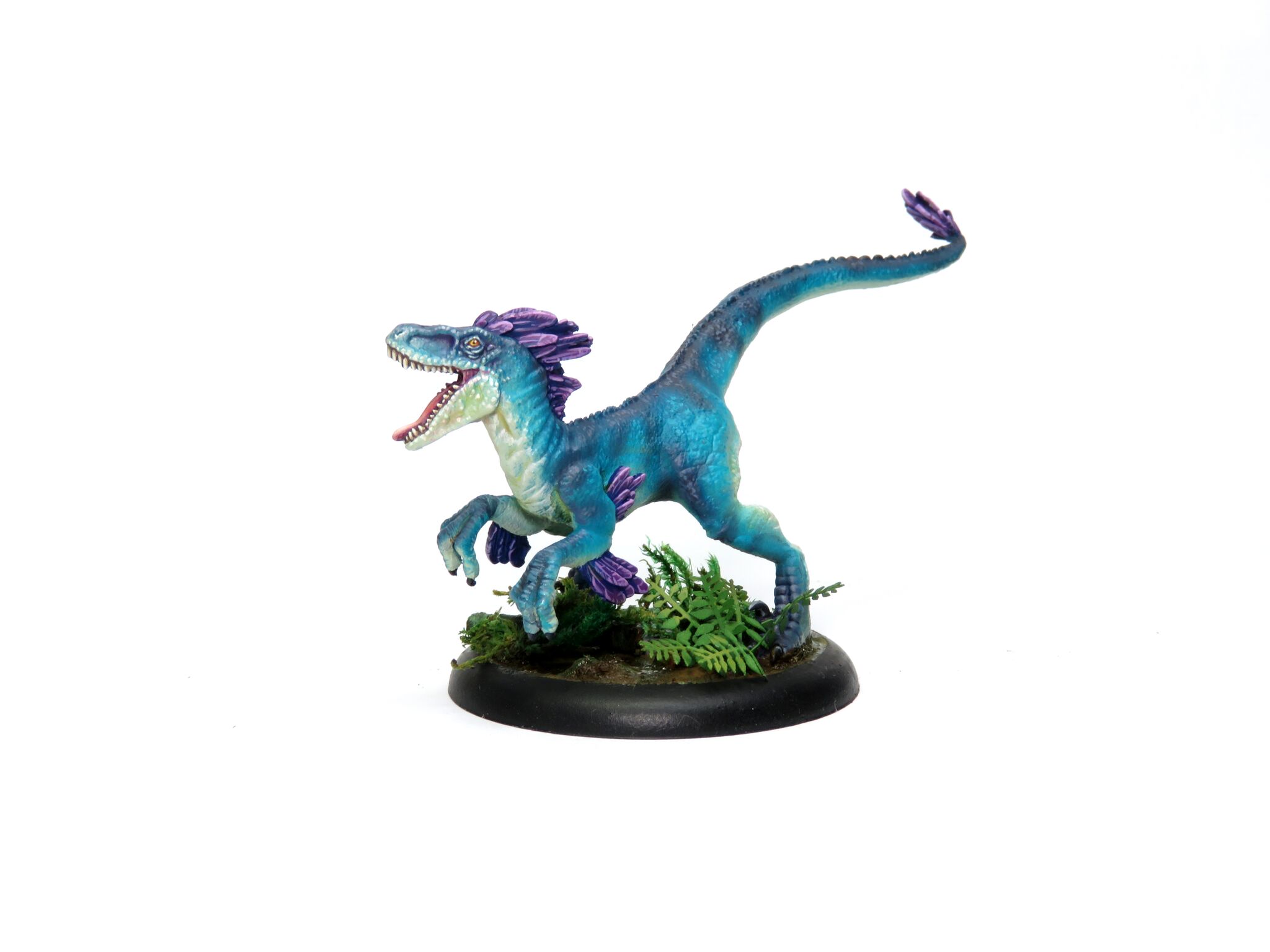 Another disadvantage is that most of them have less wounds than a character. This is not true of Yuttas, but in the case of all the 30mm based dinos they have just one, two or three wounds each. Likewise while characters generally have two or even three skills the dinosaurs are much less versatile- being good in one area only.

Dinosaurs also cannot benefit or contribute to the all important Command skill: the ability of Crew Leaders to move Action Points from one model to another, provided they pass a test, and have Line of Sight to both. This means that while Characters can formulate a plan at the beginning of the turn and move Action Points to execute it, Dinosaurs are less flexible.

Now on to the pros. First and most obviously, they’re cheap! You can buy a Yutta and Oviraptor for the cost of an average character, two Yuttas or five Oviraptors for around the price of a Leader or Tough character. Cheap means more bodies on the table, and a numerical advantage means you’ll be able to pick and choose who you activate: trying to waste enemy reactions by presenting them with tasty dinosaur targets before your big gun characters get in to the action.

They tend to be agile and fast moving and, for their points costs, frighteningly good in Close Combat. This varies from dinosaur to dinosaur, but the Oviraptors are highly agile, speedy and excellent climbers. Yuttaraptors are currently the fastest model in the game, and excellent at leaping across gaps and causing havoc behind enemy lines.

This increased speed can be excellent when fighting against an enemy who has a ranged advantage, giving them bigger problems to think about than your slowly

advancing characters, although this can result in splitting your force and allowing them to take one half at a time. Nonetheless, against a faction like the Militia, who are in serious trouble in Close Combat, running interference can make all the difference.

Sending Dinos forward as a smoke screen is a legitimate tactic, but they also each have tactics of their own. Dilos can stun an opponent at range, while Domeheads knock their enemy down on a successful charge. Dinosaurs are close range specialists with skills like Ambush (the ability to react with Close Combat when an enemy gets too close) or Savage (a re-roll when attacking in Close Combat). This can supplement the weakness of a faction like Artefacters or Militia who struggle to hold their own at close range.

In summary Dinosaurs have a number of important uses:

Of course there’s the obvious issue of just being really cool and looking awesome! Rrraaarrr!!!

Next time we’ll look at the Dino profiles one by one, and discuss their specific strengths and applications.