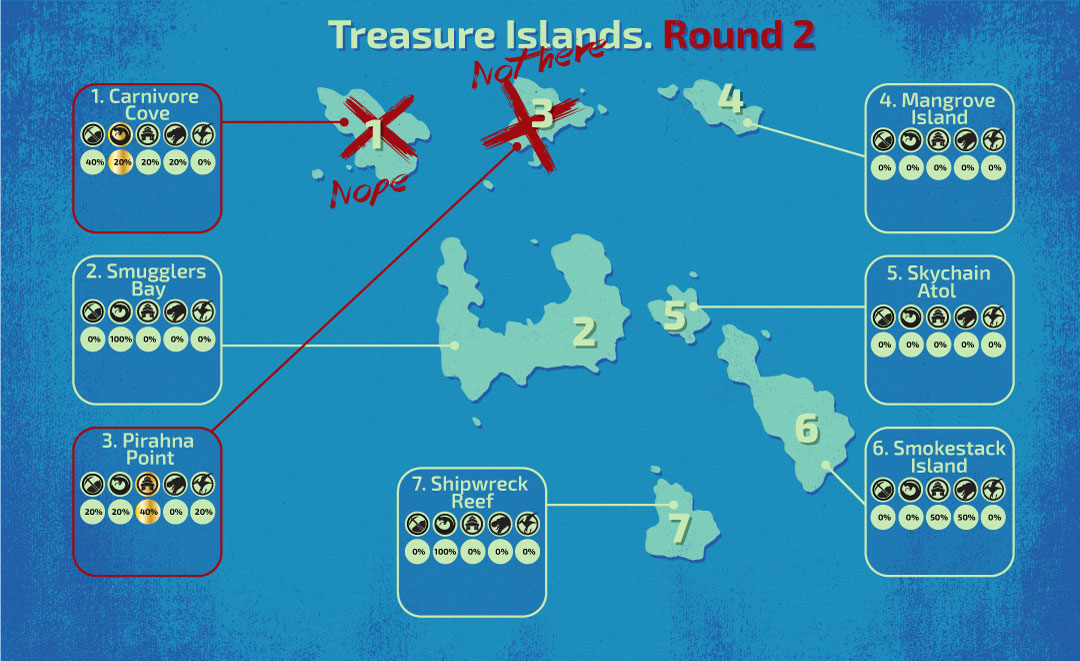 As you can see, Carnivore Cove and Pirahna Point were both thoroughly searched, to no avail. However on Carnivore Cove The Firm found some "Loyal Beasts", while the Militia discovered a "Rough Map" on Pirahna Point. Check out the Boon Table below to see what they do!

Going in to Round 2, will you try to search more islands for the treasure? Or will you try to take an existing Boon? Remember, in Round 3, your chances of finding the Artefact greatly depend on how well you have searched that island! For example, if Shipwreck Reef is where the treasure was buried, The Firm would have an excellent chance of finding it!

Boons and their Holders: 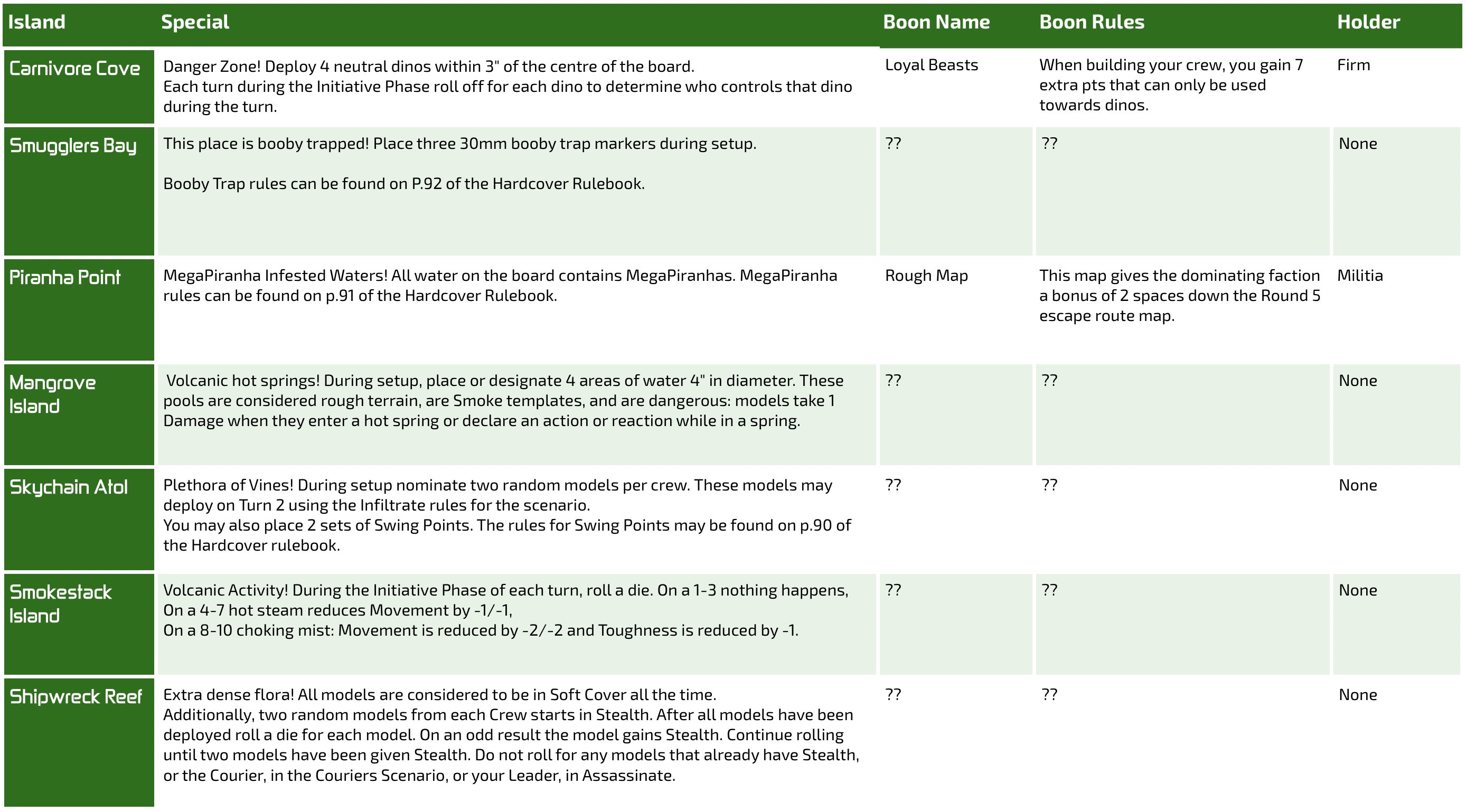 Two Games Per Round!

In Round 2 we will be playing Scavanger Hunt, and the round will end on January 5th. Remember- this is a fast round. Get your games in quickly!