For those of you who are following this blog for general Kickstarter advice, this entry is probably not for you. Here I will discuss something very specific to the miniatures industry- the choice of production material, and talk a little bit about my personal choice and the reasons for it.

Of course there are two other choices also (the first two on the below list, but these aren’t really viable for a startup unless you have a lot of experience and capital, but quickly I’ll discuss them.

Commonly referred to as “plastic” in wargaming circles, this is the hard grey stuff that comes on sprues. It’s a great material for a number of reasons- a good level of detail, nice smooth painting surface, but most of all it’s very cheap to produce. 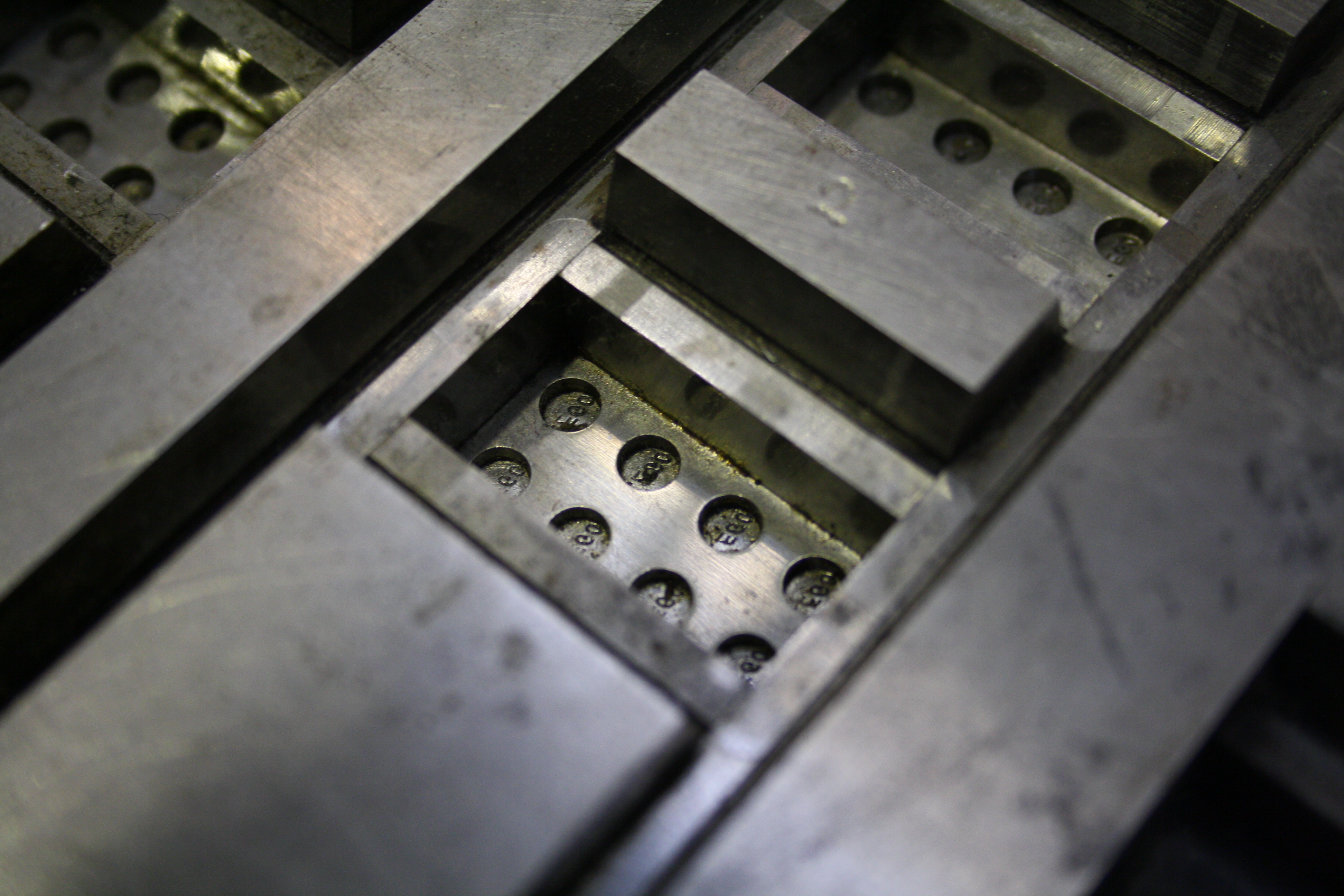 The downside is that it isn’t at all cheap to develop. This is an injection moulding process requiring expensive equipment and heavy duty steel moulds. Tooling a single sprue costs many thousands of pounds, and so it is only really viable if you can rely on very large sales volumes.

There is no tolerance to undercuts in this material. What does that mean? it means that everything has to fall right out of the mould without any pointy outy bits which would need to be bent or worked out of the mould physically. This means miniatures must come in multiple parts to get a properly three dimensional miniature.

As a sidenote, it’s also a non-recyclable plastic, so all those sprues go straight in to the landfill unfortunately, making this a wasteful production method from an environmental point of view.

Here we are talking about the rubbery miniatures you get in board games such as Zombiecide or Imperial Assault. The detail is a little soft, but the technology is getting better and better all the time, and moving very quickly. Because it’s bendy it’s easy to de-mould, and so you can get away with more undercuts than any other material- many models can be made in a single piece.

This is by far the cheapest material, but also the poorest in terms of quality. There tend to be mould lines, and because the material is not brittle, they are not so easy to remove neatly.

The catch here is that small batches are not really possible- manufacturing will be in China, and minimum order values will be reasonably significant.

I have a feeling that this material will be the future, but for the moment the technology is not quite advanced enough to make high quality miniatures for painting – they’re gaming pieces through and through.

There are many different types of resin, and I’m far from an expert on the subject, but for our purposes we are talking about Polyurethane resin. In terms of quality, hand cast resin is the holy grail. With proper treatment a resin cast can be almost identical to the master in terms of detail recreation.

There are two manufacturing methods for resin- hand casting, or spin casting (a process similar to that used in metal production).

Spin cast resin is somewhat similar to injection moulding, although using centrifugal force rather than air pressure to “inject” the mould with resin. It requires a different kind of resin with much quicker curing times and the quality is not at all the same- air bubbles are a big problem, as is flash. The quality achieved is much poorer than hand cast resin, and the failure rate is much higher. The process is far less expensive though, as it scales with volume better than hand casting, as we will see shortly.

The biggest problem with resin is air bubbles. Hand cast resin gets around this issue by de-gassing the resin in a vacuum chamber before it is poured in to the mould, and allowed to cure in a pressure chamber, to eliminate any air bubbles which might have persisted, and to ensure the mould is filled properly. This ensures a perfect cast… most of the time!

The issue with hand casting resin is the moulds. Resin cures by creating chemical heat, and this is very hard on the moulds, which are made by hand, and have to be replaced every 30-50 casts. Making each mould is a time consuming process taking several hours, not factoring in the curing time of the mould material- a further several hours.

This means that when dealing with professional volumes, there is no economy of scale in hand casting resin- larger numbers of models do not get cheaper to make. No matter how many miniatures you wish to make the amount of time involved will be more or less identical for every model, and thus this is both the best and the most expensive quality.

Metal can also be hand cast, but there is no advantage in doing so- in fact, it’s inferior to spin casting, where the weight of the metal combined with the centrifugal force of the spin casting machine ensures the mould is properly filled. 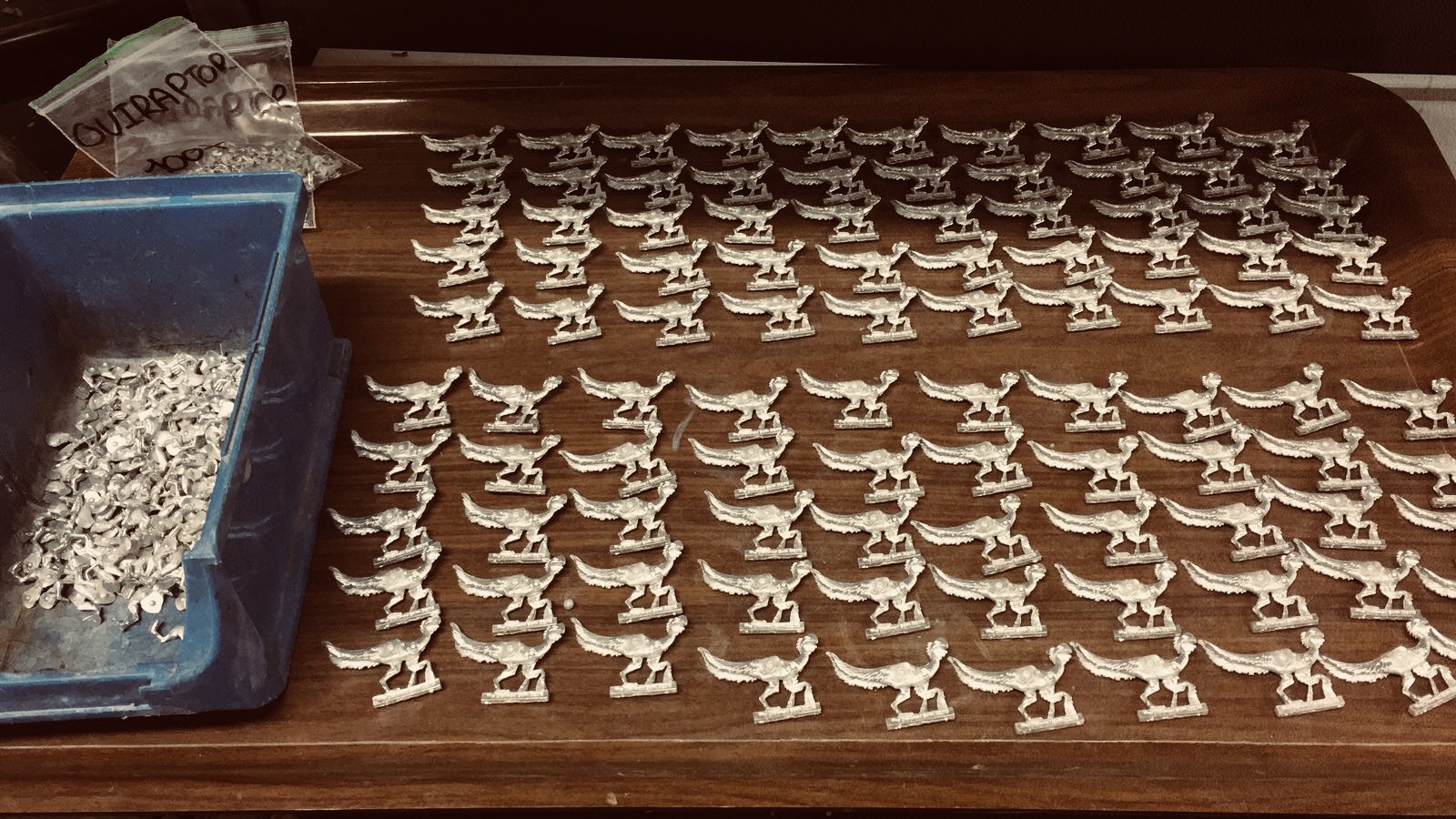 Spin cast metal casting is the oldest and still the most viable way of making wargaming miniatures, for most companies. There is an economy of scale- the moulds are hard wearing, and can be spun many thousands of times before it needs to be replaced. The spinning process is fast and while it needs to be done in a very specific way, operating the machine does not require high levels of training. The result is, of course, a cheap process mostly bound by the cost of the material.

What about the quality? Well, in my experience quality between companies varies greatly. This is due to many factors- expertise in mould making seems to be a big factor, as does the choice of metal and mould material.

While I said that the spinning process does not require high levels of training it does need to be handled carefully- the ideal speed of rotation is very important and varies from mould to mould. Furthermore, properly managing the heat of the mould is also important- too cold or too hot will cause issues.

A well cast metal miniature can be almost as good as a resin one- certainly good enough that the naked eye cannot tell the difference. Finding producers able to reliably repeat that level of quality though, is very rare in my experience.

Ruling out the first two options due to cost/batch size considerations we’re left with resin or metal. Spin cast resin is also a no-no for me. There is one company who are singing about a revolutionary new process in spin cast resin, but sadly they have spent the last few years destroying any credibility they might have had as business people by treating Kickstarter backers very poorly, and supplying a number of companies with very poor service and quality. 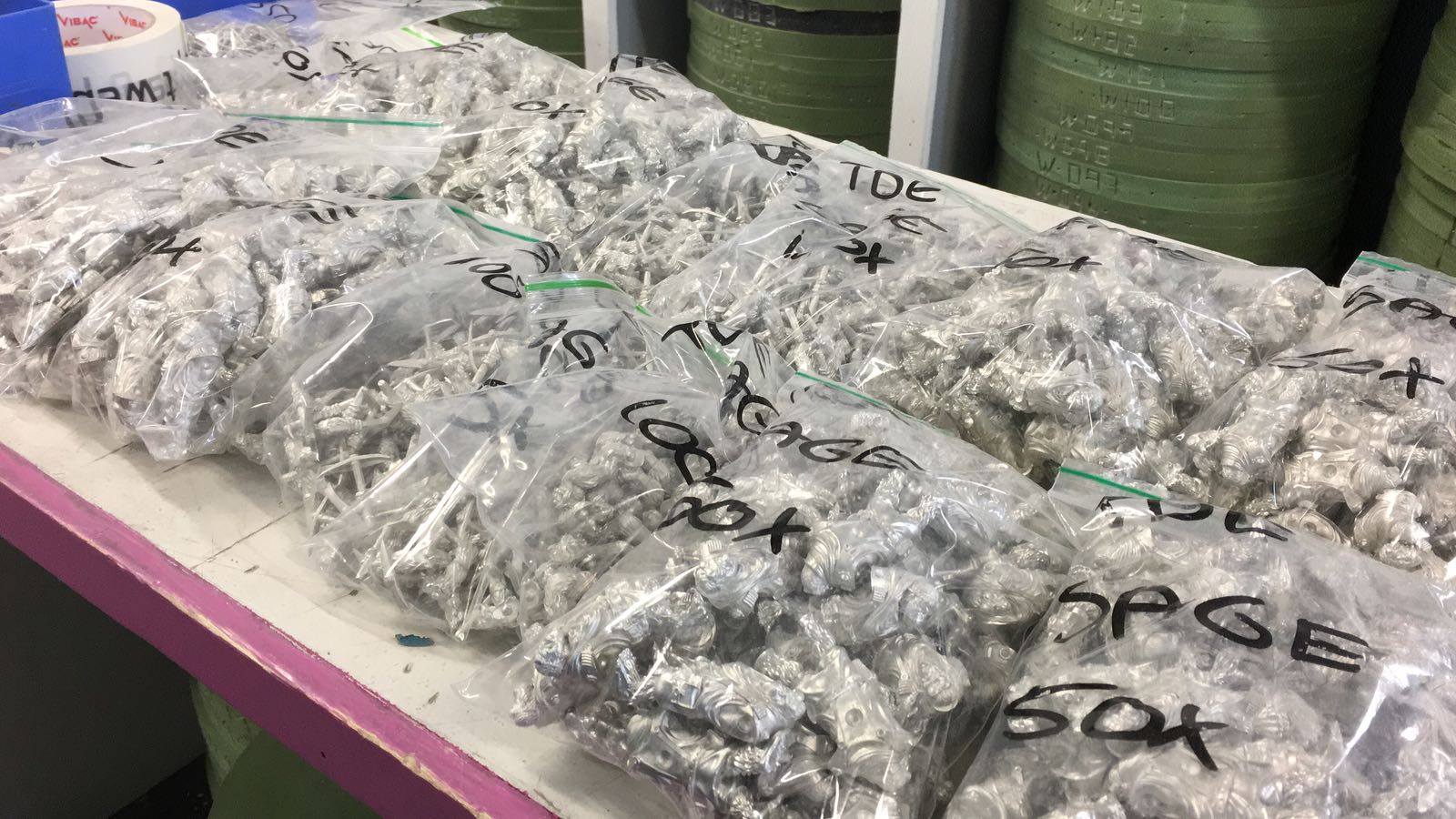 I ran a survey a while back asking people which material they preferred. The answer was around 60/40 in favour of metal. When graphing the data with the other questions, gamers seemed to be overwhelmingly in favour of metal while the painters preferred resin. People who identified as both a gamer and a painter had a slight preference towards resin.

I’ve been asked by a number of people what sort of company I want to make- they say “your miniatures look really amazing, and it seems like you’re mostly a miniatures company, for painters”. Again, we’re back to my wanting the moon in a bucket – TDE is most definitely a game- I didn’t spend 2 years designing it to then concentrate on the painter demographic! But I’m a painter and a gamer, and I see no reason why gaming miniatures shouldn’t be beautiful. So no, they are definitely not miniatures aimed at painters. They are gaming pieces suitable for high level painting, if that’s your bag.

So for player preference, metal is winning hard. How about price/quality?

In business everyone tells you that you need to decide between quality and price. Be a bargain basement company and be very careful of costs and pricing, or go big and make the best, and charge accordingly.

Well, I’m a lousy businessman then, because I want both, and I fail to see why I can’t get it.

My two seemingly incompatible goals are to price in line with other mass market skirmish games, and to produce the best quality I can achieve. Hand cast resin makes the first goal unrealistic- a few companies pitch their hand cast resin at around 25% less than the normal price point, but they tend to be manufacturing in-house, and specifically, casting companies which work for other clients, and who have a game on the side. That’s not an option for me as I don’t have the expertise, and I want to run a gaming company, not a casting company.

Hand cast resin simply wouldn’t come in at a budget where I could viably make a business while keeping the price point where I wanted it, so I felt as though metal was the only sensible option for me. And so with an unwillingness to compromise on quality, the search began to find a metal casting company that could repeat the best level of quality out there!

I’m pleased to say I think I’ve found it!