Congratulations players! Round 2 is successfully concluded, and here are the results going in to Round 3: 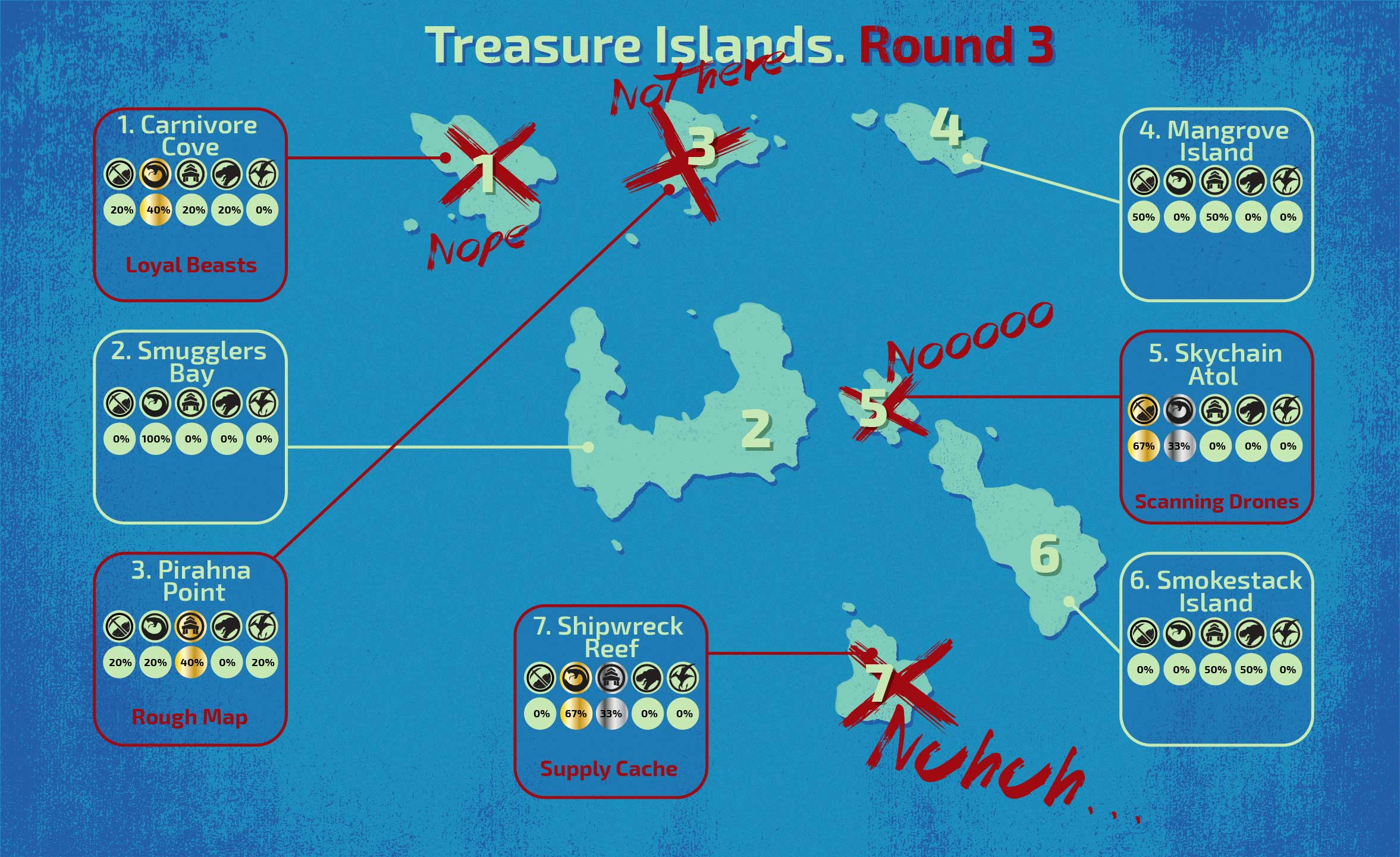 This time, it was Skychain Atol and Shipwreck Reef which were searched. On Skychain, the Artefacters found an old laboratory with several Scanning Drones inside- useful for searching the last island, in Round 4! 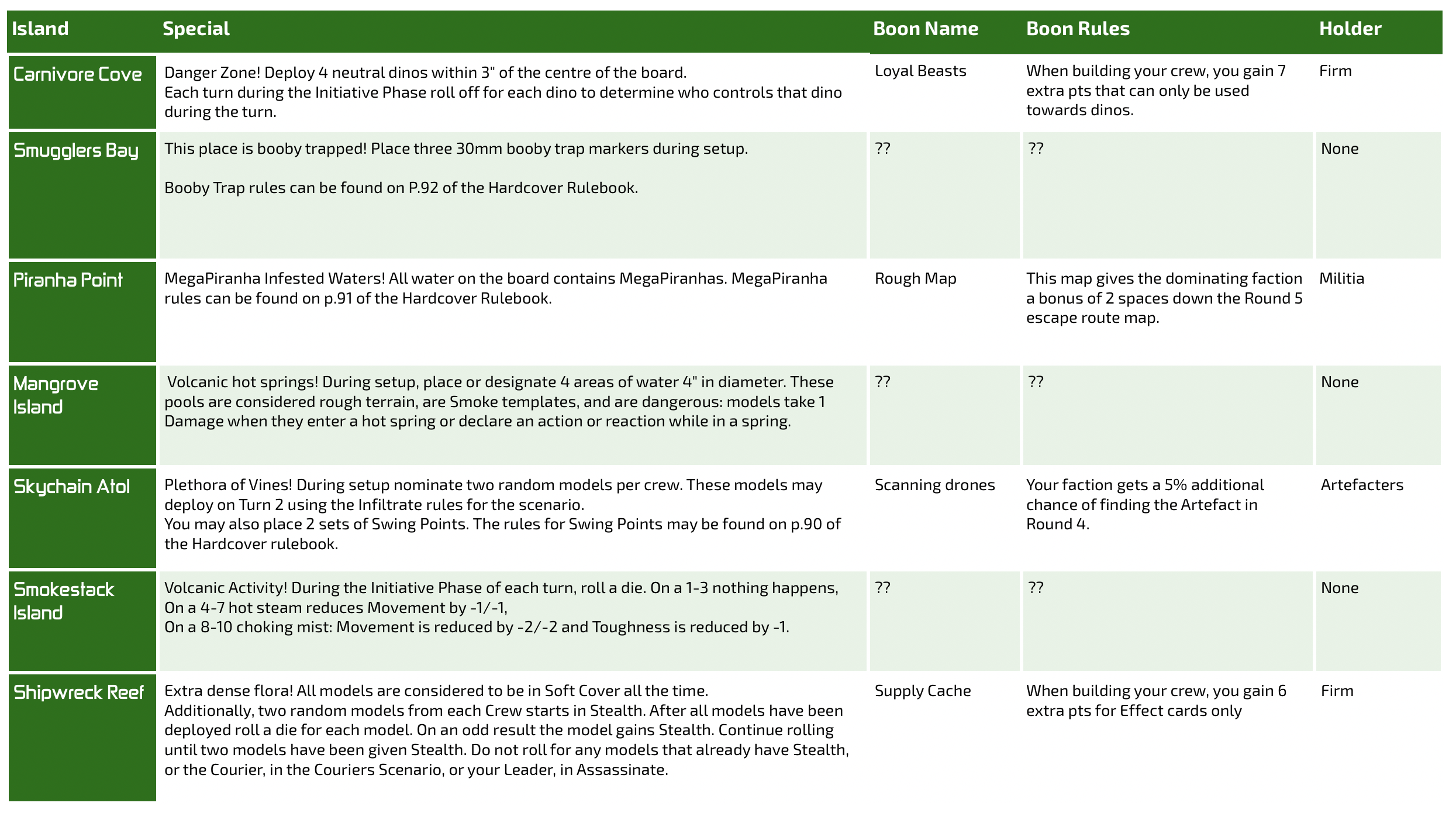 So far, The Firm have Smugglers Bay to themselves. We will now eliminate two of the three remaining islands, deciding which island the treasure will be found in Round 4. As previously, the two most fought over islands will be eliminated, while the win/loss records of each faction on the final island will affect their chances of finding the treasure.

If The Firm are left unchecked on Smugglers Bay they will be far more likely than anyone else to find the treasure, while on both Mangrove and Smokestack Islands, the Militia have a firm foothold.

Exciting times ahead: where will you next choose to investigate?

This is the last round you'll be able to catch up with previous games. If you're behind, no problem. Submit your results as before, indicating which round you're playing.

Additionally, we will accept new players up till the end of Round 3, but then we'll lock applications.

Round 3 will be Attack and Defend, as the factions converge on just a few islands, and try to hold ground against their enemies as they search! Don't forget, you can submit two games, as long as they're on different islands!